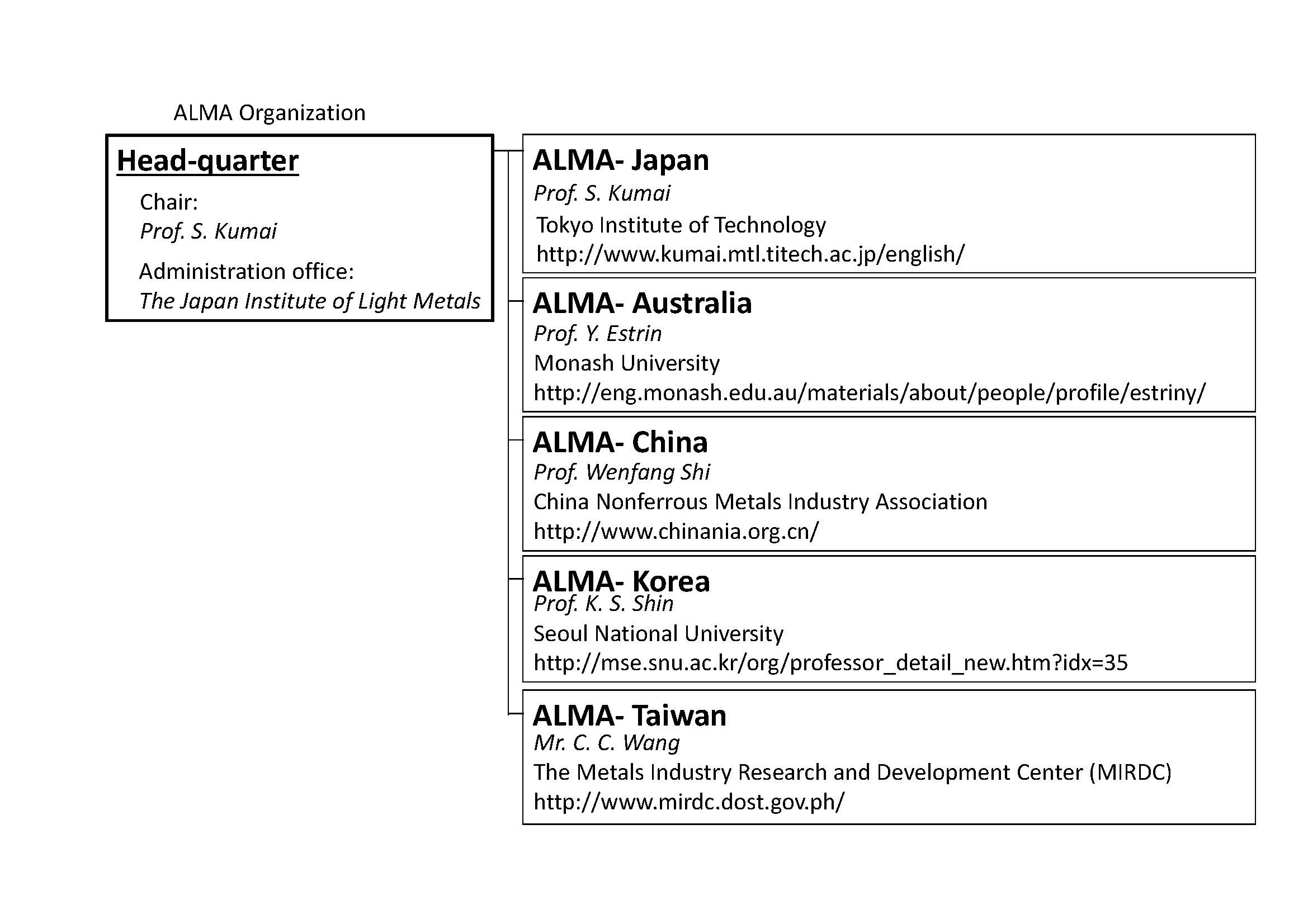 Asian Light Metals Association (ALMA) is a platform for scientists, engineers, graduate students and students engaged in light metals such as aluminum, magnesium and titanium. ALMA provides them to come and see each other sharing time, new idea, new findings or current items to be deeply discussed.

ALMA which was initially called International Communication Program (ICP) was proposed by Japan Institute of Light Metals (JILM) in 2005, and then the concept of this association was agreed by Taiwan, Korea, Australia and China.

The first ICP meeting was held in 2006 at the fall domestic meeting of JILM in Tokyo, Japan together with an international special session called Asian Forum on Light Metals (AFLM), followed by Taiwan in 2007, Korea in 2008, Australia in 2009 and China in 2010. As time goes by the face-to-face discussion style in both ICP meeting and AFLM have been getting popular among the members of association.

The latest ICP meeting and AFLM meeting were held in Tokyo in 2012. At the ICP meeting every delegates felt friendship and partnership so that this activity was truly effective for the development of science and engineering of light metals in Asia. Then the ICP meeting decided to rename ICP to Asian Light Metals Association. Now the ex-ICP is called ALMA meeting, and the AFLM is called ALMA forum.

ALMA is going to provide its members some new experiences. First prize for them is the homepage where academic activities such as international conferences and many links to universities and companies are available. The homepage is a powerful tool for the international communication which was the origin of ICP and ALMA.

ALMA is growing by getting chance to be renovated based on the proposals by its members. Please let it knows what you want to do on this platform and join this unique activity if you need to know light metals.